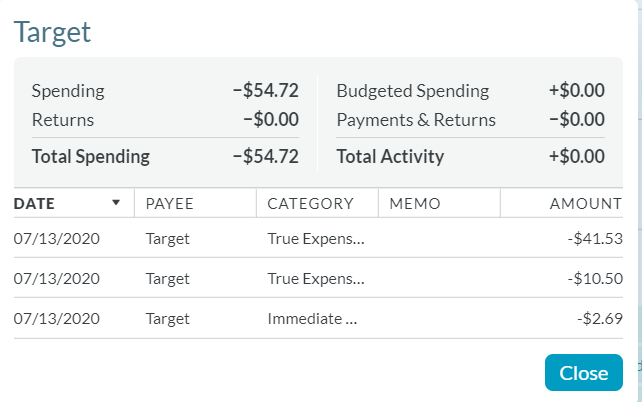 This is a problem that's been confusing me for multiple months now and I think I've narrowed down my understanding of it.

I've been a YNAB user for a couple years and I have multiple credit card accounts setup. Three are used regularly but only one account is linked to a bank. My understanding is that when you record a transaction in a credit card account and categorize it properly from your budget that the Budgeted Spending field will reflect the amount "moved over" from the budgeted category. Thus, when the bill comes due, there is money budgeted to pay the credit card. This worked beautifully on all my credit cards until recent months.

The card that is linked to my bank works as expected, but both the unlinked credit cards only show zero in the Budgeted Spending fields. This has become more apparent in the last two months of mostly staying at home and not using them as frequently. More than enough money is budgeted in the categories I am using, so that is not the problem.

I don't know whether I should just delete these two credit cards and start them over from scratch.  These cards used to work as expected and I found it very useful to keep track of my spending this way. Now things are kind of confused.