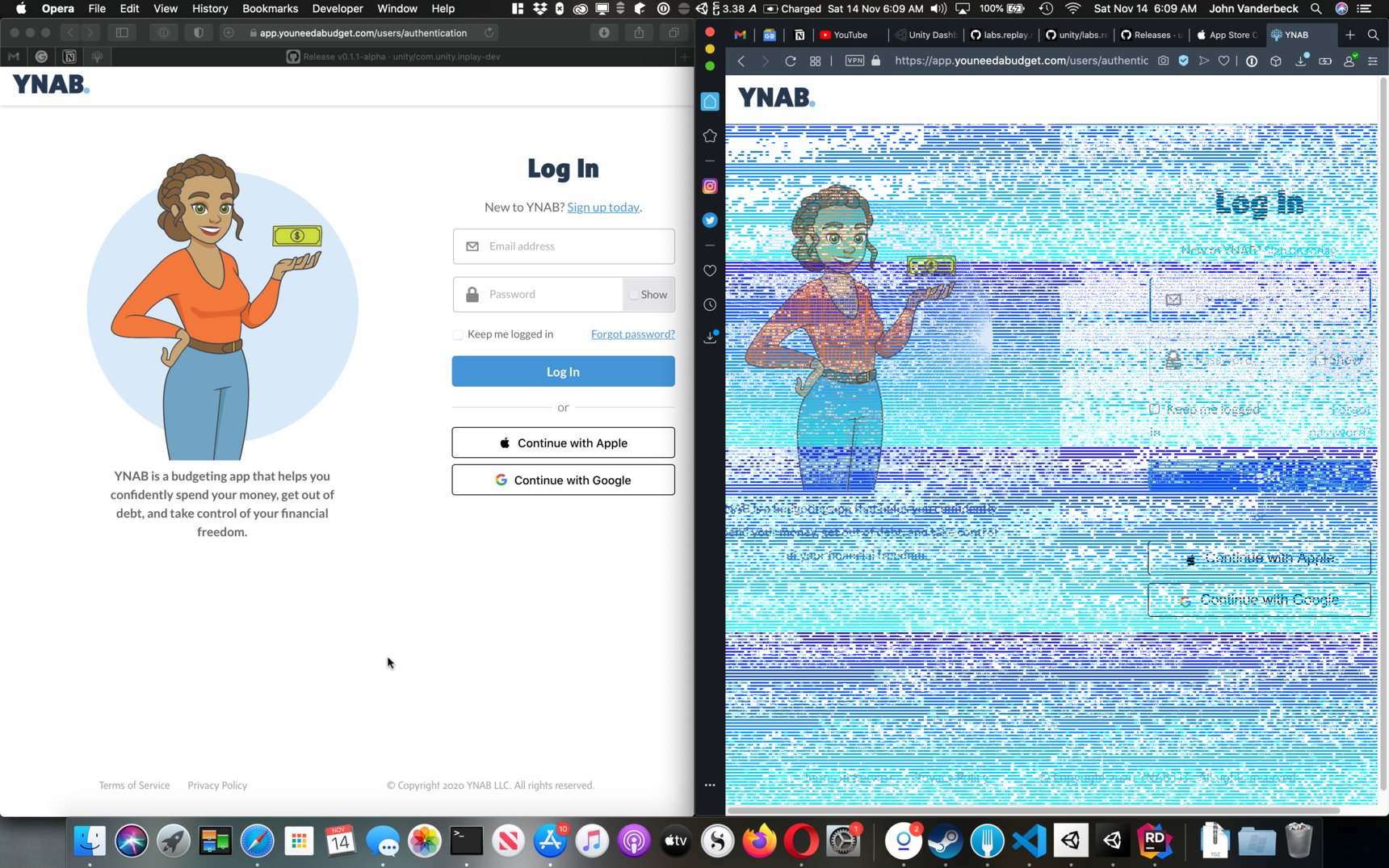 I am without my main conputer for about a month, so using my Macbook Pro.  Today I logged onto YNAB to do my finances and ran into a MAJOR problem.  Both in Chrome and Opera which both use the same rendering engine under the hood, the YNAB page is completely unusable covered with some sort of rendering artifacts,

It seems to be fine in Safari. and Firefox.

In the screenshot above, Safari is on the left and Opera on the right.