I Want to be Debt Free Because... 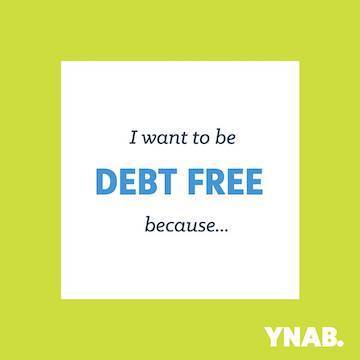 What is your number one motivation? How do you regularly remind yourself and keep your priorities straight?