Issue with payee search on Android

When adding a new transaction and searching for a payee, if I type in "wal" to filter the list, on the web app I get a list which shows payees starting with "wal" first, then payees that contain "wal"  The IOS app also behaves this way. 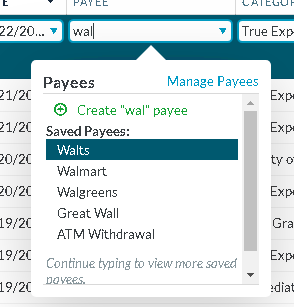 In the Android app I get a very different list, it appears to include anything that contains "wal" in alphabetical order, which definitely produces some unwanted results, as you can see below: 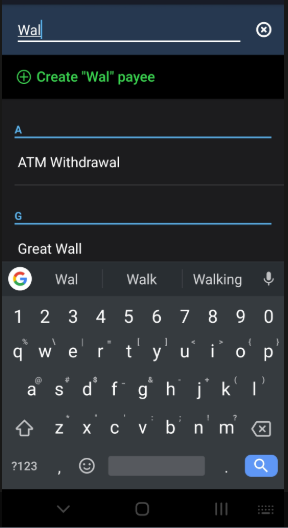 Transfer accounts also show up first on Android for some reason, where on the web app and IOS they always show at the bottom.  What I wanted below was "Home Depot" which would have been first in the list on the web app, but ends up being quite a bit further down in Android:

Additionally, the list is needlessly grouped by letter, which just takes up more space, causing unnecessary scrolling down to find the entry you want.